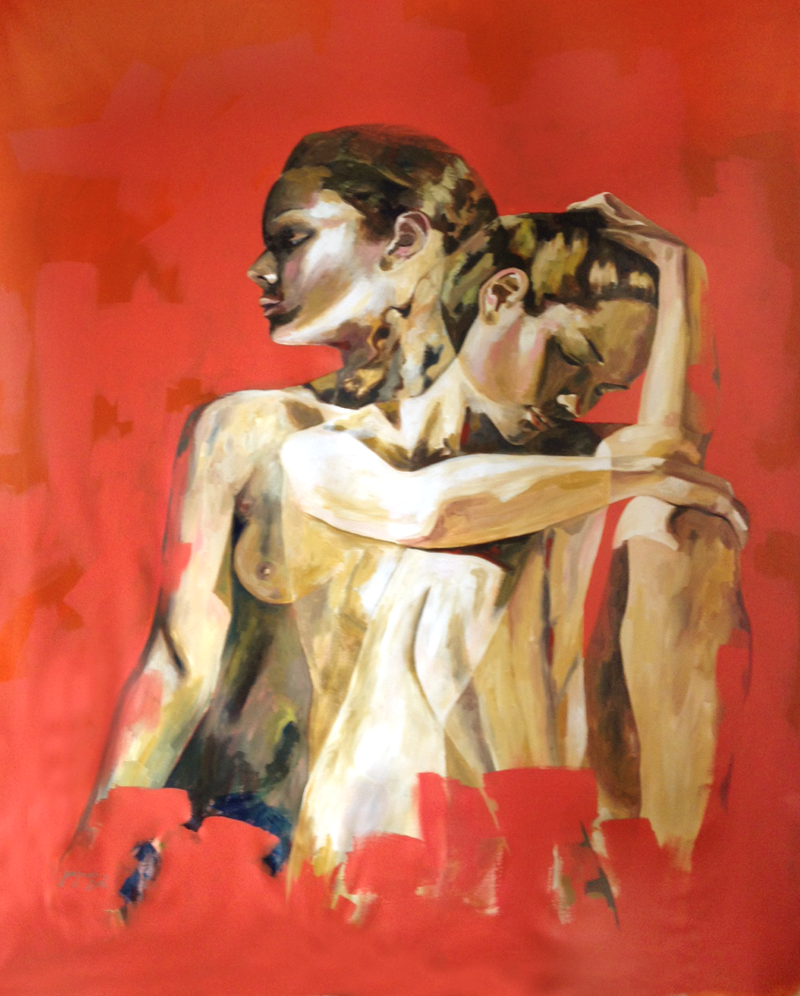 To describe the work of Osvaldo Sequeira, we start with the origins of this multifaceted Costa Rican artist who began his career in the visual arts at a young age when he discovered drawing as a means of expression that would become his language for life.

This artist describes himself as a precocious and unusual child who, at the age of eight, discovered his unconditional love for art. At the age of twelve, he obtained his first scholarship to study drawing and animation, and at the end of his baccalaureate, he entered the Faculty of Fine Arts where he studied graphic design.  During his years as a student, he realized that he needed to break with many of the concepts that he had learned to refine his visual language as well as to capture his ideas in his paintings which he later uses in a subjective way through the introduction of still planes, incorporated from his experience in the world of television, audiovisual, and animation. The blending of the world of graphic arts with drawing and painting results in a vast production of works that this artist has created for many years, including this series of works that we are pleased to present in our virtual gallery.

“Ser Humano” (“Human Being”) is based on a collection of works that Osvaldo Sequeira previously executed entitled “Cinemática” that is also part of this exhibition. Through his deep knowledge of drawing and painting, Sequeira creates a dialogue where the internal connects with the external and where spaces multiply incessantly making their way between planes and transparencies, inviting us to meet mysterious and timeless characters that he strips of everything superficial, leaving the line as the only protagonist on the bare surface of the work.

Thus, these compositions become a reflection of our own reality and lead us to discover another vision of the “Human Being” where the image evolves through dynamic repetition using intimate and imperceptible spaces that manifest themselves as a constant representation of the concept of infinity. Perhaps this artist leaves us in this series a hidden message to be deciphered or a question to ask ourselves of our own existence as part of a vast universe of which we are a part and yet which we are still only beginning to learn.