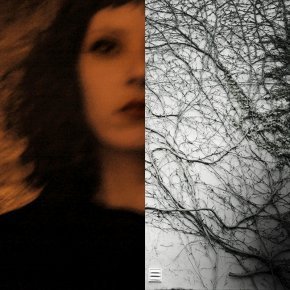 We are pleased to present this joint-exhibition by Anne-Lise Large and Alejandro Gutiérrez, as a part of FOTOWEEK DC.

“Images that seduce us by the unexpectedness of their proposal. They seemingly say one thing and in fact say so, plus all that the viewer projects or imagines. I call them visual metaphors and I try to create that kind of photographic image that has the viewer as my accomplice, playing a game of changing interpretations.” Roberto Fernández Ibáñez.

The series Lost Angels by Anne-Lise Large and Alejandro Gutierrez’s Desaturation have in common the characteristic of evoking feelings, emotions, and provoking the imagination. The work of Anne-Lise Large awakens emotions of adversity, struggle, and quest in a dreamlike atmosphere of highly sentimental and dramatic content. In the case of Alejandro Gutiérrez, it is a ritual of form and color where contextualizing the images takes us back to a distant but familiar memory where dreams and imagination help us contextualize them.

This meeting point halfway between the work and the viewer, this confluence of two currents is what finalizes the work, giving it meaning and value creating visual metaphors.

Born in 1982 in France, Anne-Lise Large is an internationally recognized photographer and professor of philosophy. She received a Doctorate in Philosophy and a Diploma from The Cinema and Photographic Department from the University of Strasbourg and Paris, France. In 2005, Anne-Lise Large created her first exhibition of photography, titled Ph(il/ot)o-graphie. Connecting photography with philosophy, the exhibit included photography paired with selected original writings of modern-day philosophers, creating a visual forum between photography, writing, and philosophy, allowing for creative interpretation from all areas of thought. To date, Anne-Lise has exhibited at national and international venues including the NKA gallery (Belgium), the French Institute of Dresden (Germany), the Gallery of François Miron during the “Month of Photography” in Paris, and the Festival of Photojournalism of Angers (France), where she showed her work on women in the city of Jerusalem entitled, “On the Other Side”. In addition, Anne-Lise’s work was selected for exhibition at the Museum Of Photography André Villers (France), which included a published catalog prefaced by Hélène Cixous, the famed French feminist writer and most recently at the Art Museum of the Americas (AMA) in Washington, DC.

Born in 1971 in México, Alejandro Gutiérrez obtained his degree in visual arts at Escuela Nacional de Artes Plásticas (ENAP-UNAM) and photography at Escuela Activa de Fotografía (EAF) in Mexico DF. He subsequently did doctoral studies in art education at the Universidad Complutense de Madrid (UCM) and received a Diploma in Higher Education from Laureate International Universities. In 1996, he won the scholarship program of incentives for artistic creation. His work has been selected for various exhibitions and competitions, such as the 1st University Meeting of Humanities and Arts (1998), the 2nd Biennial Puebla Los Angeles (1999) and four times in the Estatal de Arte Libertad. Alejandro’s work has been exhibited cllectively in the University Museum of Contemporary Art-UNAM, Leon Trotsky Museum, and the Art Museum of Querétaro. His most important solo exhibitions include Academia de San Carlos, Universidad Iberoamericana, Galería Libertad, Teatro Federico García Lorca in Havana, Cuba and Gallery L’Art pour Lahr in Germany. His photographic work has been published in national and international architectural magazines (Enlace, the Architectural Review). In 2008 he travelled to Mozambique producing a video-documentary with Médecins Sans Frontieres (MSF) about the HIV situation in the country. In 2013 he crossed Cuba cycling and documenting the daily life inside the Island and in 2014 began a photo essay on some urban areas in the jungle of Peru.

Presented with the support of the Offices of the Executive Directors for France and Mexico at the IDB.