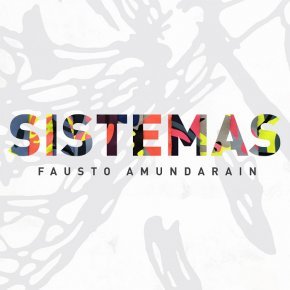 Sistemas is a solo exhibition by Fausto Amundarain that manages two fundamental concepts: wear and tear and overstimulation. His work is a persistent and excessive reconstruction of images, of which the artist is his rapporteur.

The realization of his work is motivated by two references. The first being the urban environment seen through torn and overlapping printed papers that are recurrently stuck on the billboards of his city symbolizing the persistence or “overstimulation” of the images by force of excesses.

The second being the remembrances of his personal past through gestural and expressive “citations” of graphics extracted from his own childhood drawings, as an evocative gesture of innocence. In both cases, the artist operates as a rebuilder of new images working the memory.

His series of twelve acrylic paintings on paper in which the execution conveys the idea of ​​the passage of time merges into the most iridescent tones we can imagine. No horizons are observed, only superimposed organic lines and forms born from the same drawings created by the artist during his childhood, which he enlarges, fragments, superimposes and thus integrates color creating a work of art that interacts between the two fundamental concepts.

Amundarain’s work has no borders without color, allowing the viewer’s mind to complete the empty space.

Born in Caracas, Venezuela in 1992, the work of Fausto Amundarain is characterized by the use and repetition of visual graphics accumulated in multiple layers of information. Paper, acrylic paint, aluminum and silkscreen are some of the techniques and materials Amundarain uses to compose, and sometimes saturate the spectator’s view. From an early age his interest in painting and drawing led him to participate in workshops at the Museum of Contemporary Art in Caracas and the Museum of Fine Arts. In 2010, Amundarain joined Universidad Nueva Esparta in Caracas to study Business Administration and in 2011 he began working in the art workshop Platabanda where his interest for the visual arts flourished. In 2014 he enrolled in The School of Visual Arts in New York. In 2015 he held his first solo exhibition Anonymity in Maracaibo and participated in various group exhibitions in numerous spaces in Caracas. In 2016, his solo exhibition Fragmento Masivo was presented in the spaces of Cerquone Projects in Caracas. In 2017, Amundarain exhibited Over-Stimulated Wear in the Museum of Contemporary Art of Zulia (MACZUL) in Venezuela and in 2018 he inaugurated his first solo exhibition in Madrid.