Upcoming Opening BEYOND THE ‘ENCUENTRO’ (Colombia) 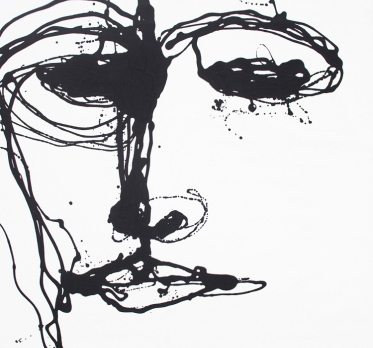 This exhibit unites eighteen printmaking artists from the City of Medellin, Colombia, selected as an outcome of last year’s Encuentro de Artistas Grabadores de Medellín (Medellin’s Printmaking Artists Gathering), which took place in November of 2018 with the cooperation of Medellin’s Secretary of Culture, the Bio-Terra Hotel, the Conquistarte Organization, and several printmaking artists who joined together in a Coordinating Committee, as volunteers. Additional costs were underwritten by the Ángel Gómez Foundation. Such an event had never been organized in Medellin. It was an initiative by Washingtonian artist Felix Angel who was inspired by the examples of Artomatic, celebrating its 20th anniversary, and Hamiltonian Artists, celebrating its 10th anniversary, two Washington, DC organizations in which the artist has served as a Board member. Both boasting a common tradition of creating community and opportunities for underrepresented artists. This exhibition celebrates their missions.

While more than seventy artists participated in the Encuentro, only a fraction is represented here due to various reasons, space being one of them. There is no specific curatorial script, or theme. The artists were selected for the individual interest their work embodies as a sample of what is presently happening in printmaking in Medellin. Nevertheless, this exhibition leaves no doubt that printmaking is alive and well in this City, and the technique is favored by many artists who display imagination, ability, enthusiasm, and a commitment to exploring its possibilities, as well as issues affecting contemporary life.

Except for Fabián Rendón, Luis Fernando Mejía, Victoria Ortiz, Armando Londoño, and Hernando Guerrero these artists have never exhibited in Washington, DC. Rendón and Mejia passed away at a relatively young age but left their mark in the development of printmaking in the City. Ortiz and Londoño have had broad international exposure.

Mr. Angel is known for being a multifaceted artist. He is mostly known as a painter and draughtsman. He has developed a substantial body of work including several murals in enameled tile and works on paper, that include collage and printmaking. He is also a writer. His motivation behind the Encuentro is the little attention given to printmaking (or rather, not given) these days in the city where he was born, although Medellin is not alone in this situation. He thinks that making the artists and their work visible could be the beginning of a turn of a page, establishing an incentive for the local art scene and its institutions, official and private, that could eventually be duplicated anywhere.

This exhibition has been organized by the IDB Staff Association Art Gallery. The Encuentro organizers are grateful to the Gallery and the sponsors for their support.

Created in 1964, the IDB Staff Association Art Gallery was among the initial projects of the IDB Staff Association to bring contemporary art and cultural energy into the lives of Bank employees and disseminate the various expressions of contemporary art primarily from Latin America and the Caribbean (LAC). Now in its fifty-four year, the Gallery is the oldest in the area to have exhibited the work of more than 500 emerging and renowned artists primarily from LAC, making it a leading voice in keeping the richness of our Region alive in Washington, DC. The Gallery functions as a non-profit and does not charge a commission for the sales of artwork.