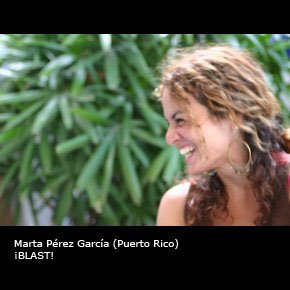 Marta Pérez García (Arecibo, P.R., 1965) has a Bachelor of Fine Arts from Louisiana State University and a Master of Fine Arts from the Tyler School of Arts in Philadelphia. During a short stay at the University of West Virginia, she learned relief printmaking. She won an award at the Chase Manhattan Bank Biennial of Young Art in 1989 and, in 2001 she received the grand prize at the XIII San Juan Biennial of Latin American and Caribbean Print. She has been awarded a scholarship from the Alfonso Arana Foundation in 2003 to pursue studies in Paris, as well as Artist Fellowships from the DC Commission on the Arts and Humanities in 2010, 2014, and 2016. Her pieces have been shown in both solo and collective temporary exhibitions, while some became part of permanent collections at The Art Museum of Puerto Rico and the Chase Manhattan Bank in New York, among others. Her work addresses the dichotomies of life and death and oppression and empowerment where elements of nature and symbols of culture intertwine in an unpredictable fusion of fierce colors and layered textures.